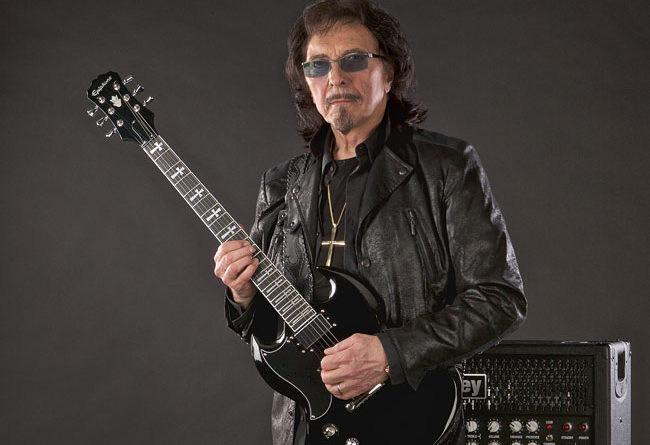 Gibson’s Tony Iommi humbucker is a fan favorite among the hard rock and heavy metal crowd. How is that a ‘thing’? For starters, because it’s the first signature pickup from Gibson. And also, to be blunt, Gibson pickups have a history of being hit and miss with Gibson guitar fans. So this ‘hit’ became a big deal.

The origins of Gibson’s Iommi humbucker goes back to the mid-1990s. Development was in 1996, with the result being rolled out in 1997. For the longest time, they were available separately but now are only available in the Iommi guitars made by Gibson. They randomly pop up in the secondary market, as well.

You wouldn’t be here if you didn’t expect me to do a total geek deep-dive on some tech. LOL! So let’s jump on in. Take a peek at the exploded view of the Iommi pickup, as found on the patent application. I did throw in a little color to make it easy to see what’s going on.

Up top, you can see the nickel-silver cover (actually available in chrome and black). Then your four non-conductive spacers. The next item down, in green, is a short Alnico 2 magnet (approx 7/8″ long). That magnet will rest on the top of the black coils, between the 2 pole piece blades (shown in silver). The magnetic “circuit” connects to the Ceramic (in red) and the Alnico 2 (again, in green) magnets beneath the coils. From a physical inspection of the bottom, it’s hard to tell if those longer bar magnets are in direct contact with each other or separated by the brass mounting strip (in yellow).

Now, about that Ceramic and that Alnico being in that proximity. While there is the probability of some gauss issues with the Alnico, the stronger Ceramic becomes the baseline supplier of the magnetism. And as the Alnico is part of the magnetic circuit, it can hold it’s strength as being part of a return path loop.

How Does It Sounds?

What does that mean for your ears? The focused precision of a Ceramic and the organic warmth of an Alnico. Under the hood, the Iommi packs a healthy DC Resistance, but a bit more Inductance and a little less capacitance. That translates to power with some heft and clarity.

We all know what you’re here for, so let’s start with the Iommi on a dirty amp setting! LOL! The lows are commanding and punchy. The high end has some edge and bite, but not too sharp and not in the ice pick range. The mids are really what’s going on here. The Iommi has a throaty mid-range roar that commands a broad sonic girth, pummeling riffs into submission and pushing solos in your face with a solidly firm presence.

Although generally speaking, the voicing comes across as a little balanced. The Iommi has a lot of detail in the delivery, so accurate technique is the order of the day when letting this bad boy out to play. HaHa! There’s an abundance of push and plenty of harmonic content.

The Iommi that I have was sold as a standalone, so it has the 4-con lead wire. The ones that comes stock in the Gibson Iommi model guitars are reported to have a more vintage style lead. Taking advantage of the wiring options, I set it up for series/parallel on a push/pull pot.

With a parallel option on a clean amp setting, the Iommi is quite the surprise. Not at all as brutal as one would expect from the same pickup that punishes a dirty amp channel. Notes are even across the strings and across the fretboard, with no sharp or snappy surprises. A very pleasant response from a pickup in this class, especially when compared to others in a similar category.

Want an idea of how the Iommi humbucker sounds? Let’s check out “Bible Black” from Heaven & Hell’s 2009 The Devil You Know:

While at a modern or contemporary output level, Gibson reflects that the Dirty Fingers and 500T models are louder than the Iommi. Gibson does recommend the Iommi humbucker for both the neck and bridge positions. Since they are a little hard to come by these days, I only have the one to work with… so maybe I can provide an update with another turns up down the road. LOL! 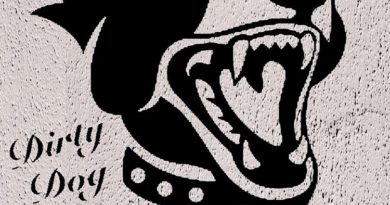 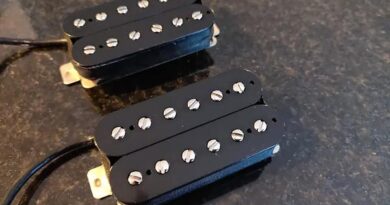