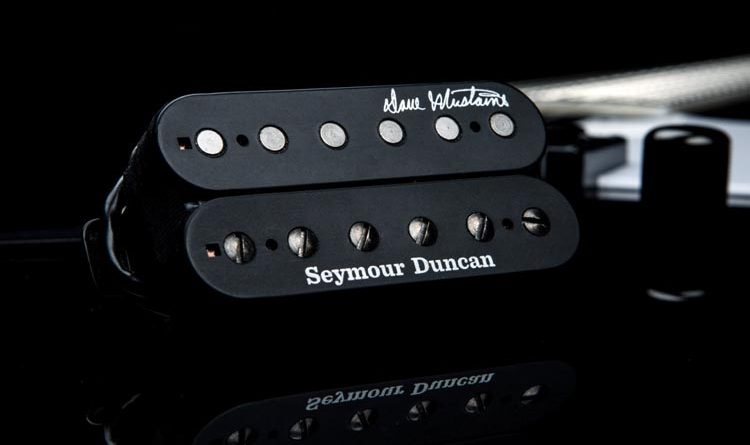 The Thrash Factor humbucker set is marketed as a recreation of the pickups that Dave Mustaine used in his Jackson King V for the recording of 1990’s Grammy-nominated platinum-selling Rust In Peace. The original set used was a JB Model in the bridge and a 59 Model in the neck.

Megadeth is considered a juggernaut in the genres of heavy/thrash/speed metal. And Rust In Peace is heralded as genre-defining. Of course, it’s hard to go wrong with legendary knob-turner and producer extraordinaire Max Norman (The Tubes, Ozzy Osbourne, Y&T, Bad Company, Lynch Mob, Dangerous Toys, Red Dragon Cartel, and many more) handling the mix.

What is so special about the JB that Mustaine used on that 1990 release? Chances are it was made on an old George Stevens winder, as JB Models were known to be at that time. Compared to the current CNC method, that older approach could let a little more character come through from the hands of the winder operator.

It can be considered pretty easy to market this one JB humbucker in this one Jackson guitar as being a unicorn. That’d make for more sales, wouldn’t you agree? LOL! We can spin theories all day long about how the stars aligned a certain way and maybe Mars was in retrograde that day. Or maybe whoever wound that pickup always rotates to the left in the shower and went to the right on the morning that pickup was made.

Or perhaps Mustaine stopped using the Jackson King V and now uses a signature model from Dean? Jackson catalogs of the time showed the King V to be made of poplar, although there’s no telling if Mustaine were made of the same. Most of the Mustaine models from Dean are typically mahogany. Could the Thrash Factor be an attempt at something that makes a mahogany Dean V sound like a poplar Jackson V? Something similar was done for the Slash humbucker set to make the newer Gibson Les Pauls sound more like his AFD Les Paul. The Duncan company also worked with Angus Young to get both of his man SG models to sound similar.

Who knows? It could be just as likely that Mustaine wanted a black matte finish and it was a convenient opportunity to throw a tweak on an existing model. HaHa!

For this evaluation, I put the Thrash Factor bridge in a early-90’s Charvel shred stick. As a point of reference, this same guitar was home to a mid-80s JBJ for many years. So I’ll get right to the point (finally! LOL!) that everyone wants to know about this humbucker.

The Thrash Factor bridge is NOT your garden variety 1980s JB. It is wound to fairly standard JB DC resistance. There is a little less thump in the low end. That’s gonna be handy for the precision of your speed riffing. The highs firmly in classic JB territory.

About the mids. The midrange is closer to a growling snarl than to the legendary roar of the JB. If you’ve read the marketing for this product, this might be another one of those “there you go again” moments in proofing content (Exhibit A: who else remembers the Saturday Night Special “set” being wound on a Leesona? LOL!). The mids being “slightly scooped” translates into the mids being slightly less than the regular JB. The Duncan company’s own BMT chart reflects that.

But how can it be a JB derivative and have the same DCR and sound different? The appearance of the wire indicates the possibility (probability?) of a thicker insulation. That essentially reduces the distributed capacitance. You can see similar wire on other models that include the RTM, the Dokkenbucker (oh, er.. The Hunter. HaHa!), the Alex Skolnick set, and Super V.

Let’s scope out a video of Dave Mustaine talking about the Thrash Factor:

Here’s the Thrash Factor specs, compared to one of my old 1980’s JB specs:

What about the neck? It’s a 59 Model neck. Nothing new to see there. Move along. LOL!

Is the Thrash Factor worth your time? C’mon man, that’s up for you to decide. You aren’t down with the matte finish or all the logos all over it? Maybe ask for a Floor Custom, if they’ll do it. Do I think it’s a modification for a different wood? Well, gentle readers, I think that’s speculation… and I think it’s a fair assertion.

Let’s also take note of what Mustaine suggested in that video. And it’s something I try to get behind when people ask me for suggestion for hyper-specific tones. It’s not like there were a lot of pickup options when all of these legendary albums were made. Players like Mustaine crafted his signature sound over years, using what was available. Even with all the options today, I don’t think I’d suggest there’s any shortcuts to your own definitive tone.

So… if you want a JB that’s a little more focused, the Thrash Factor is definitely something to consider. To me, it sounds a little more like a late-70’s The JB Model than a mid-to-late-80’s. And that’s not a bad thing. Be sure to check out my series on the different JB models, as well as my JB Comparison article – which will need an update before long. 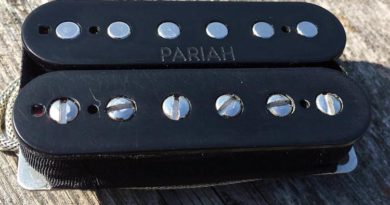 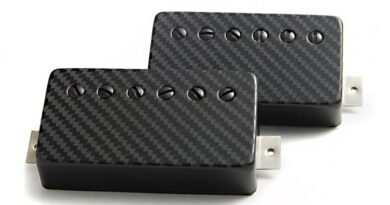 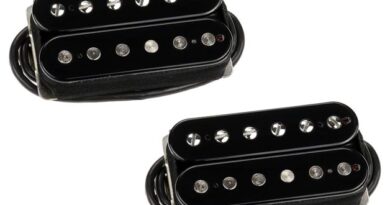