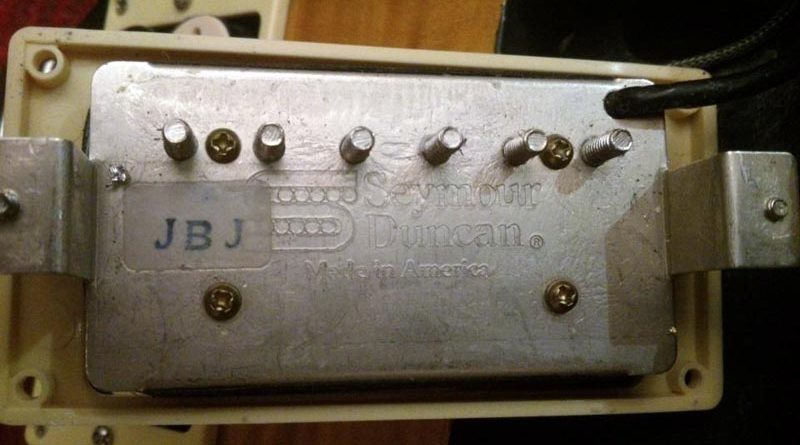 The JBJ.  Go back and read that again, I’ll wait.  Is there any other guitar pickup in mass production, like the JB model, that has a sub-genre with such reverence?  Not even the best 1950s Gibson P.A.F. humbuckers can be sorted out in such a way.  Flipping a humbucker to see that “stamped” style sticker on the base plate is akin to having found the Golden Ticket to the factory of legendary tone.

To be fair, it’s not just the JB-“J”.  You can find other initials on the end of that code.  The “J” seems to be the most common.  And this evaluation is really more about the JB during the era of these type of “stamped” labels.  Into the 90s, the labels looked more like a P-Touch sticker.  Subsequently, the labels moved into a format where the builder is not reflected in such a manner… which I suppose makes sense, as the production model JB is wound on a CNC these days.

If I’m going too fast, this was during a time when the initial of the person that made a pickup would be shown on the label.  Right there next to the model name, or the code used for that model.  The JB model is pretty simple:  JB.  The J is for Maricela Juarez, who was making production floor pickups at that time.  Now MJ is running the Custom Shop for Seymour.  A humbucker with L would be for Lidia.  D is for Debbie and M for Martha.  G is for Gloria.  That is not to say that they all did or didn’t make the JB model.

This was a time when the JB was still has long mounting legs and a roughcast Alnico 5 magnet and long before the logo was stamped on the top of the bobbin.  Before the end of the JBJ era, the trem spaced version was released… they do have the short mounting legs and was about the time the logo started to appear on the bobbins.

Mid-to-late 80s.  That’s up to, and including 10 years since ‘The JB Model‘.  Outside of the content of the label, the base plate might be the biggest difference… going to a version with the familiar Seymour Duncan logo stamped in to the bottom.  The bobbins were predominantly poly at this point.  The Duncan company asserts that the wind remains the same.

Let’s check out a sampling of some specs.  I have some standard spaced and some trem spaced samples from this era.

Why is the resistance higher on the trem spaced pickups?  It’s the same number of turns… or at least, it should be.  The spacing from low E to high E is longer, so it takes a little more length per turn.  By the time you fill up a bobbin, you have a little more wire.  So… more resistance.

Otherwise, I have more samples of each, but they don’t reflect anything different from what you’re seeing there.  Fairly symmetrical coils with pretty consistent readings from one pickup to another (within the respective SKU).

How do they sound?  If you are new to guitar or new to the JB model and a current production model JB is what you know… well then, imagine something with more polite low end and a sweeter high end.  The “stamped” label era is what made the JB a pickup that became one of the highest selling aftermarket humbuckers.  The roughcast magnet gives it that vibe of a more complex character.

Who was using this?  Relative to the era, players and their band at that time would include: Warren DeMartini and Robbin Crosby (RATT), Jake E. Lee (Ozzy), Steven Stevens (Billy Idol), Jerry Cantrell (Alice In Chains), Andy Timmons (Danger Danger), Steve Farris (Mr. Mister), and Seymour said he heard that Joe Satriani used the JB on Surfing With The Alien.

Track one down and give it a go.  You’ll be hooked.

Next time in this series on the JB model we will look at the current RoHS label production model. 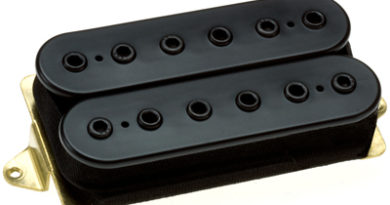 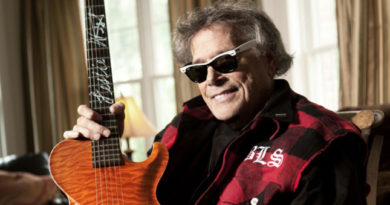 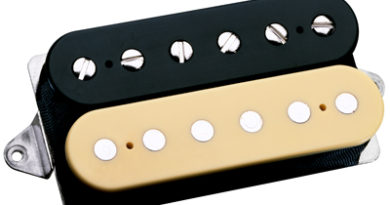