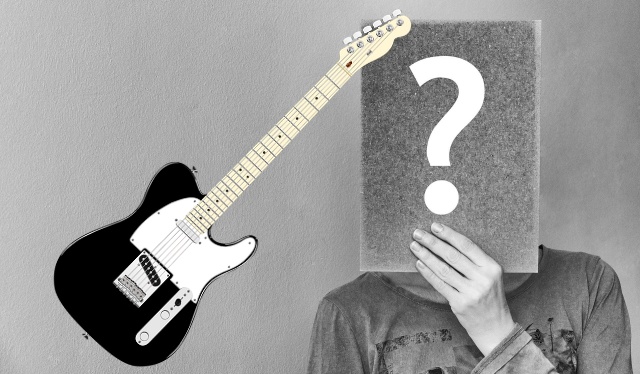 What’s that? You’re shopping for some new pickups? Need some suggestions? Awesome! How about some ideas on asking for recommendation?

There’s no doubt, replacing pickups can be one of the easiest ways to change up your tone. More affordable than a new amp and easier than swapping speakers. With that said, there is an entirely different conversation on how the music that “set the standard” was made with off-the-shelf gear. HaHa! But that’s not what we are talking about today, so let’s get moving! LOL!

A week doesn’t go by that someone isn’t asking for pointers about a new pickup. And I have to shoot straight on this, more people that you can imagine could work on it. HaHa!

Consider this scenario. Someone walks in to a restaurant for the first time and tries to order without a menu. Better yet, by just telling the staff “I’m hungry, feed me” They might get a gourmet meal and they might get an raw chicken carcass. Both are food, yet give different results. HaHa!

With that in mind, it can help to come to the table with at least the bare minimum amount of information. What’s that? Glad you asked!

Can you say something about the guitar?

Sounds easy enough, right? But it means more than “I have a Acme Brand ABC123 Model”. LOL!

Generally speaking, throw down the basic material and construction. The body is this wood and the neck is that wood and the fretboard is made of this. If it’s not obvious (like a Strat or a Les Paul), maybe throw down with if the neck is bolt-on, set, or neck-thru. Number of frets may or may not be an issue, but the fret material might be. Details on the hardware can be helpful, especially the type of bridge.

Some info about the electronics harness is a good thing. How many volume and tone pots? What are the pot values? Is it a basic 5-way or 3-way switch, or are there some added customized things going on? Where did all the parts come from (CTS, Bourns, Switchcraft, etc.)?

How about the amp, cab, and speakers?

This is a much bigger deal than many make it out to be. In fact, when people ask for a pickup to sound more like EVH, they can be overlooking that most of that tone is from the amp.

However, knowing the amp can go a long way. Marshall, Mesa, Fender, ENGL, Diezel. Or even modelers like Fractal or Kemper. That can help understand if the player is dealing with amplification that has a bright, thick, open, compressed, etc. type of voice. A Randall isn’t going to give the same results as a Vox. HaHa! If going with a modeler, be sure to throw in the amp blocks in play.

Speakers work in the same way. They can have stronger lows, less mids, softer highs, and all points in between. If going with a specialty boutique brand of speaker, maybe try to relate in terms of an industry standard such as Celestion models.

Looking at cabs, the lion’s share of players are generally using 12″ speakers. But what configuration? 1×12? Or 2×12 or 4×12? Open back or closed back? Also if any cabs are slant or straight. The cab construction can be useful info as well. Is it a late 80s plywood cab with the gray carpet? Of a British style birch ply with thick finger joints?

The type of music

Better yet, if there is a specific band or artist that is a target, throw that in as well. Yet be realistic. Someone in a cover band that handles Taylor Swift to Judas Priest might have more going on that a single pickup is going to remedy! LOL! However, there are still a few genre-bending options that can go a long way with the right amp and some woodshedding.

What is it that you want to be different?

Up until know, it’s been the scoops of ice cream for the sundae. How about the whipped cream and chopped nuts? LOL!

The pickup that isn’t working for you. WHY is it not working? What is it that you need more and/or less of? Cleaner or fatter? Warmer or brighter?

Yes, it will be super helpful if all that other groundwork is done. Alas, you still benefit from a baseline of what’s going on. Pro Tip: find out what is in that guitar beforehand. HaHa! Some might think I’m joking, but that does happen! And that’s alright, as we all start somewhere and we need to work with what we’ve got, right?

How’s that for the cherry on top?

Try not to get all worked up on this one, but be prepared to take suggestions. The player is asking for a reason. If that player already has the alternate gear on-hand, they will install it and try it. Otherwise, most of the people in the position of yours truly has put in many years of the labor and the research to have a better-than-average knowledge base to work from. While I’m not the ultimate braintrust on electric guitar pickups, I have hundreds of models within reach that span over two dozen brands. So perhaps I know just a wee bit of something. LOL!

On to a different branch of that same tree. When a player goes to ask for suggestions, maybe not be that guy that shoots down suggestions. This is a bit of a pet peeve. Maybe lay out what has already been in use as well as totally out-of-bounds brands or products. People such as myself are doing this on the side to try to give something back. That’s to say no gear companies are sending out paychecks and there are regular shipments of free gear from across the globe. So help me to help you as efficiently as possible. HaHa!

There you have it. Some preliminary basics to help make your process easier when asking for suggestions. To make it even easier, consider it like this…

With that approach, and a little time, a player can travel through Ye Olde Tone Quest a little easier. For a deeper-dive on a few finer points, scroll on down for a few bonus tips.

Spend some time with the gear

Lots of players score a new fiddle and immediately want suggestions to swap out stuff before it even gets plugged in. How does one really know what’s going on if they… wait for it… don’t know what’s going on? A player might know their rig and the stock pickups, but it’s still a different instrument. Let things settle and wrap an ear around things for a week or three or more before asking for suggestions.

Watch out for the hype

There’s marketing going on to get players wanting the new hotness. Especially with “signature” gear. Let’s say your ideal tone is Kirk Hammett on the Black album. Not saying it’s true, but let’s play make-believe. LOL! And let’s also say you think the tone on the last album was garbage. Do you want the basic non-signature gear he was using 30 years ago? Or the new more expensive signature gear that had nothing to do with what you like? In all fairness, the same applies to many pieces of signature gear.

A raging trend for a few years now has to do with the gear’s appearance. Especially pickups. Players are choosing options based on aesthetics that actually alter tone. Specifically when it comes to covers and poles. Neither means a whole lot to the people in the audience who won’t see it anyway. HaHa!

“New” doesn’t always mean “better”. There is a reason there are certain pieces of gear that are still available for over 40 years. And this might be a tough pill to swallow. HaHa! But a lot of the tone that players go after is coming from industry standards. The Super Distortion is the tone of KISS and Boston. Tony Iommi kickstarted the metal genre with P90s. Led Zeppellin might be “heavy”, but there’s a lot of PAF going on.

And to touch on a huge bone of contention with some players. It’s been decades since there has been a new pickup that equates with what Eddie was using for the tones that people chase. Yes, he used the Duncan Custom in 1979. A Custom was also in one of the Kramer guitars made for him for the “1984” tour. He also had regular Duncan JB models in guitars that include the Kramer 5150. The current Frankenstein pickup is so much of a Custom Custom that if you already have a CC, you are wasting your money by buying the Frankenstein. However the point is that he was using basic no-frills products to make history.

Looking at YouTube demos for gear is a rabbit hole that is often inevitably a black hole. The nature of the beast in a “connected” world can be too-much-too-soon. In as much as just because someone “can” upload a video does not mean they “should” upload a video. LOL! There are a LOT of players setting up the iPhone for gear demo videos. And please take my suggestions on this one: tread lightly.

For this reason, among others, I do all I can to stick with demo samples that have the gear company’s seal of approval. In as much as that is the official word from the manufacturer on how they want the tone of their product to be considered.

On a side note, some companies are behind the ball in this aspect, making it harder to back up suggestions with viable representation of the end result. Even more so with comprehensive comparisons of the products. One that I can get behind are a few videos that Keith Merrow made.

So there you have it. A little more to think about when pulling up to the big table when asking for pointers in your gear search. 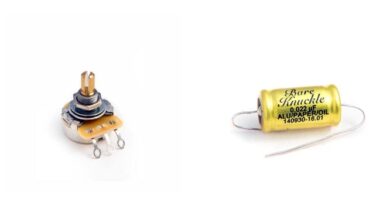 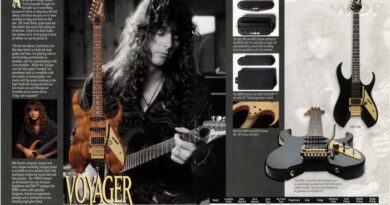