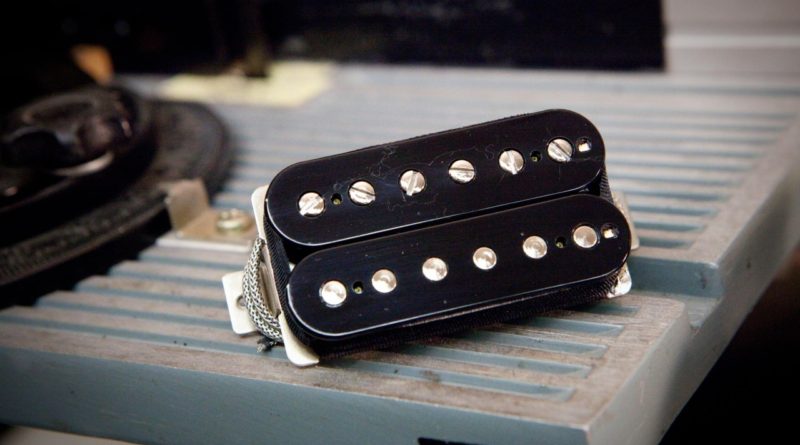 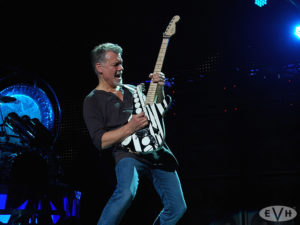 The IM1 goes hand-in-hand with the EVH Frankenstein humbucker that came out in early 2009.  Many people took notice of the unique sticker on the Frankenstein baseplate and the configuration of the trem-spaced screw holes and knew it they were looking at a Seymour Duncan pickup.  How did we get to that point?!

When Kramer guitars took a dump in the early 90s, Eddie went with different guitar brands and different pickups.  During that time, Eddie’s Wolfgang pickups (with Peavey and later with Fender/EVH) definitely developed their own following.  It was when Eddie realized he could better monetize his name that he went back to the well.

To compliment the freshly branded striped guitars, you need a pickup to maintain the pedigree.  There was no Wolfgang pickup in the old bumblebee guitar, know what I mean?  Eddie’s all over the map when it comes to gear.  But he’s been getting pickups from Duncan since the early days.  There are a couple of models that come to mind with many players.  And prior to 2009, I’m not so sure people would have been expecting something like the IM1.

The IM1 is the answer to the Duncan-made Frankenstein humbucker being exclusive to the EVH brand.  Not to let an opportunity slip by, the Duncan company threw in a few tweaks so that it’s ‘technically’ not the same.  A play on words is used to name the pickup after the 5th song of Van Halen’s 1978 debut album.  Then throw in a little dodgey marketing to incite references to Frankenstein – the monster, not the guitar.

Although the IM1 was brought up at about the same time as the Frankenstein humbucker, it seemed to live in the Duncan Custom Shop secret menu for a few years.  Oddly, once I bought one and started to discuss the IM1, it started to get social media marketing.  That sort of thing has happened a lot, but anyhoo…

By this time, I had a 78 Model humbucker, so I swapped it out of a guitar for the IM1 to get the best comparison I can manage.  My IM1 is trem-spaced, with short legs and 4-con lead wire.  It’s MJ’s custom shop, so you can get one with whatever features suit your needs.  I wire it up to a push/pull for series/parallel in an Eddie style single pickup guitar and we are off and running.

There is more articulation in the IM1 than the 78 Model.  Not as much as the double-barrel blast of ‘brown’ in the 78 Model, in a manner of speaking.  The IM1 immediately makes me think of the 80s Van Halen.  The 5150 and 0U812 era comes to mind.  The clarity yields good note separation and responsiveness to picking technique.  You have a versatile product that’s no one-trick pony.  Variations in playing style can get you from the juicy punch of “And The Cradle Will Rock” to the expressive voicing of “5150” (the song).

Your lead solo playing will have some bite with the IM1.  Not a full-tilt screamer, it’ll still blow your hair back if you’re used to the milder vintage or vintage-hot flavors.  While still a hotter wind than the 78 Model, my back-to-back playing into my DAW did reveal the lower-mids of the 78 would get it to hit the red zone sooner and more often than the IM1.  The more balanced nature of the IM1 allows for clean tones with some really nice shimmery glass.  I’d suggest a well-balanced guitar for the IM1, as something too bright might get a little screechy.

Since people will ask, here are IM1 specs up next to the 78 Model specs:

Yes, I know the IM1 is advertised at 13.9k.  There are also conflicting specs via the Duncan company online resources about the type of magnet.  MJ has said online that it’s degaussed Alnico 5, where elsewhere it’s shown as Alnico 2.  Since they are essentially trying to re-brand the EVH Frankenstein, it’s hard to imagine them going so far as to use the same magnet.  Plus, a degaussed Alnico 5 will get you where you need to be.  So I’ll just suggest that people can come to their own decision about if they prefer to go with specs from MJ (the Custom Shop Manager), that has been making pickups for Eddie for over 30 years or from some random dude.

If you’re working on your Frankenstein replica and want something that’s the same, but different… check it out.  It’s a little more affordable then what’s on the EVH site and you can order it however you want it.  Or maybe you have an EVH Wolfgang guitar and want a different vibe.  Speaking of Wolfgang, did you know that the Duncan company also submitted prototypes back in the day to EVH for the Wolfgang guitars?  That means that you can call up and ask for a Duncan version of that pickup set.  If someone orders one from the Custom Shop, be sure to let me know what you think of it! 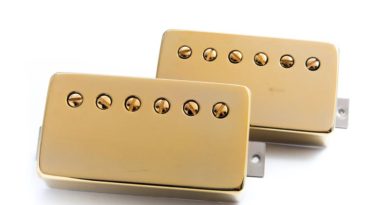 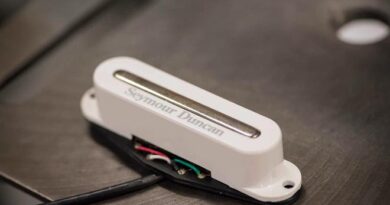 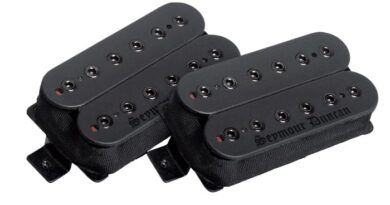