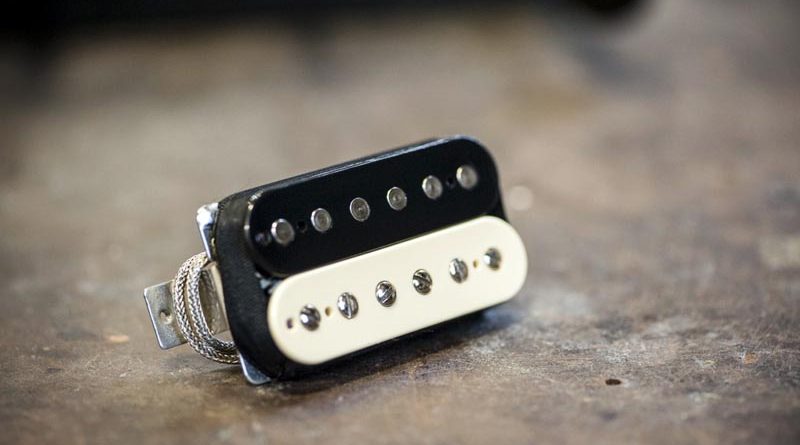 Seymour’s 78 Model humbucker is as shrouded in the same fog and lost among as much of the same smoke and mirrors as most any product associated with Eddie.  Seems that’s the way Eddie likes it.  LOL!    So how about we take a peek at a few of the ideas that float around about this version of a “brown sound” pickup.

Within the Duncan catalog at that time, there were pickups like the 59 Model that came out in 1978.  Then the Pearly Gates and the Duncan Custom came out in 1979.  Assuming the information on the site is accurate, let’s take that as canon.

Now, there are people that think the 78 is just a 59 Model with an Alnico 2 magnet.  And there are people that think the 78 is an overwound Pearly Gates.  The similarities between the 59 Model and the Pearly Gates is so scary close that people might not believe it, but that’s for another time.  And the Duncan Custom doesn’t even come in to the scenario for the DNA of the 78.  But there is a strong suggestion that Eddie did use the Duncan Custom at one point (see ‘Oct 79 Ad’ photo).  FYI – I have an era-accurate Custom that I’ll be discussing in a different article.

But really.  What’s more likely?  The Duncan company is pretty well known at this point for sharing coils across different models.  The Duncan Custom coil is the basis for the Custom Custom, The Custom 5 and the Full Shred.  The JB coil does something similar for the Distortion, the Invader, the Metal Fatigue and the Stag Mag.  As does the Jazz with relation to the Alnico 2 Pro.

Did they simply re-purpose an existing wind?  No idea.  And don’t expect the company to fess up.  If true, why would they throw away a $160 sale for the admission of what anyone can do for a $5 magnet.

There are also ideas that the 78 is simply a homage to what Eddie was using.  I’m not jiving on that approach.  At the extreme, Seymour might have rewound a pickup and that’s what the 78 is based on.

Then why won’t Eddie sign off on it?  Once again, I couldn’t say.  Probably for similar reasons as to why you have the JB, the Pearly Gates, the Metal Fatigue, the Greenie, and the Whole Lotta Humbucker without official endorsements.  And each one of those might very well have their own reason for it.  Just one of those mysteries.  For now, anyway.

Or what about the Custom Custom?  For starters, not even in the same ballpark as the 78 Model.  Eddie might have been using a Duncan Custom with an Alnico 2 in it at some point.  And the proper Custom Custom had a late 80s release.  Either way, it’s not the late-70s brown sound.

For another wrinkle, there are the guys that worked at Kramer in the 80s.  The guys that made striped Kramers that Eddie played.  They say Kramers were sent to him with the regular JB they put in so many of their guitars.

The 78 Model is one of the best-selling Custom Shop pickups.  So much so that the stories about the handling of the production are almost as common as the tales of the origin.  There are some that think the 78 coils are from the production floor and the finally assembly is in the Custom Shop.  Similar stories circulate about some of the Antiquity line as well.  Others regale the Interwebz with the notion that talk of making the 78 a production model was brought back off the ledge by a former employee of the company.  Let’s face it, if people will pay $160 to chase the brown sound, then why expect for a company to let it go for less?

How does it sound?  Well, it’s a humbucker with “Evenly Voiced Harmonic”, to quote the 78’s previous designation.  But that name got put to a cease by you-know-who.  Yeah, seems like you can’t even hint at the same initials without a guy in striped overalls getting uppity.  HaHa.

In fairness, there are a LOT of pickup makers out there that offer something for the late 70s Van Halen tone.  The 78 Model would be able to rank in my Top 3 of the ones I’ve tried for that goal.  Some miss the 70s and are more about the 80s vibe, which is not a bad thing into itself.

I read way too many comments on the 78 that go in different directions.  Chewy (not the Wookie!  LOL!), responsive, thick, open, full, bright, rich.  Seems to me that it can depend on the guitar that you put it in, the amp you are using, and your expectations.  My experience is that I like it more in a brighter guitar, to account for the chewier, thicker, fuller characteristics.

Whenever I’ve used the 78, mine was ordered with short mounting legs and 4-con wiring. Since it’s a Custom Shop selection, you can get whatever you’d like.  The 78 does clean up really nicely when wired for a split or parallel option.

Let’s say you just want a solid hot-vintage humbucker set.  I can say that people I have spoken to lean a little more toward the Seth Lover neck or the Alnico 2 Pro neck or the Pearly Gates neck when talking about pairing options for the 78.  However, they also make a 78 neck model.  Sorry, but I cannot speak from direct experience on the 78 neck model.

The specs are interesting.  People might think it’s more of a vintage or medium output level.  I’ve personally put the 78 up next to another VH-themed humbucker with over 30% more DC Resistance and the 78 hit the red zone earlier and more often than the other pickup.  Same guitar, same strings, same amp settings, etc.  Once again, DCR ≠ output.

How about at look at some specs:

Whoa!  You’re thinking there’s no coil offset in there.  Yep.  I have two of them and they are both coils have an extremely balanced DC resistance.

The Duncan company has a few options for your ‘brown sound’ needs, not counting at least one set that never saw the light of day.  If you are beholden to a brand and going for late 70s Van Halen, here you go.  Also remember that Eddie didn’t have this pickup for the self-titled album.  He had a cranked amp, a few effects, and his fingers.

In closing this article, let me expand on that concept.  Eddie wasn’t a legend when he first talked with Seymour.  He was just a guy in a band from SoCal, but Seymour collaborated with him.  People have heard Seymour talking to an ‘Average Joe’ and noted how much attention Seymour gives.  To which Seymour suggests that he might be talking to the next Eddie Van Halen.  Seems to me that’s an interesting and singular understanding toward the potential power of customers and a lesson to be learned for anyone running a company.

If you like VH, check out this book by former manager Noel Monk: “Runnin’ with the Devil: A Backstage Pass to the Wild Times, Loud Rock, and the Down and Dirty Truth Behind the Making of Van Halen”.  Available in hardcover, paperback, Kindle, and Audio CD.

Buying it at this Amazon link ( http://amzn.to/2ue2YqZ ) will throw a little bit back into this website, providing totally independent guitar gear reviews to you each week. 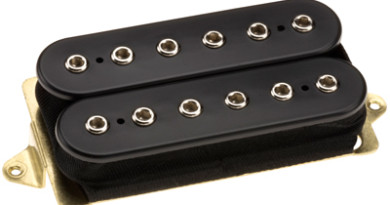 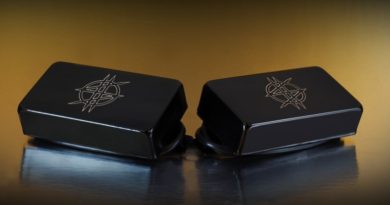 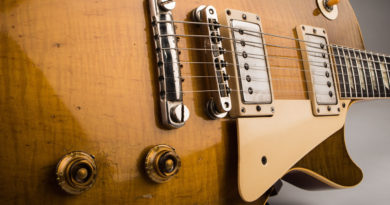