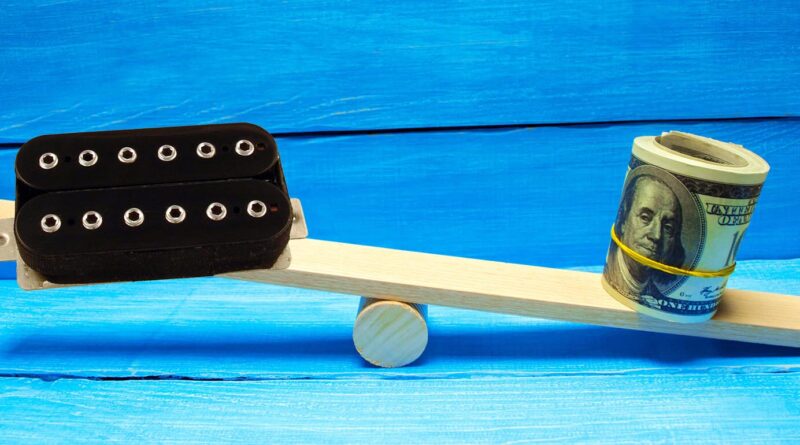 What is tone worth to you?

Some sellers know no boundaries in what they will ask. Some players know no boundaries to what they will pay for the latest and greatest gear. Other players find nobility in polishing a turd, thinking they can outwit the high rollers on the cheap. Then there is the middle ground, where most of the rest of us reside. At the end of the day, it’s your money. So do with it as you want.

Many consider the late-50s Gibson PAF to be Mount Everest, even though so few are actually alike. You can find boutique shops making replicas with price tags in the thousands of dollars. There are also the Gibson “Shawbuckers” from the early 80s that draw in the big bucks.

A more recent example can be the DiMarzio Virtual PAF and Virtual Hot PAF. In one of the countless attempts for Larry to use his own Les Paul humbuckers as a template, these “Virtual” models are popular. So what do they do? They discontinue them. LOL! And what does that do? The demand affects the pricing on places like eBay and Reverb – otherwise known as the Black Market! HaHa!

Glad you are asking! HaHa! Because this is where it goes into the silly realm of getting stupid. LOL!

For example, there’s been a fascination with Duncan pickups from the 1980s. This has been discussed on this site before. When Duncan started using CNC machines on some production models, the end result literally lacks the human touch.

A focus rests on the JBJ. A JB model assembled by MJ, who is now the Duncan Custom Shop Manager.

Part of that is the familiarization of the name. Why? Kramer guitars. What? Yes. By the late 80s, Kramer is pumping out about 200 guitars per day. Most of them get the JB model. MJ is making humbuckers, so tab A goes in to slot B. For the sense of scale, if 3/4 of those have the JB and if MJ is making 1/2 of those, that’s almost 20,000 JBJs hitting the streets each year. If you review the old Kramer lineup, very few models did not have the JB. So probably more JBJs, but I’m just trying to make a point.

That point is that it should not be a surprise for player to see that JBJ label so many times over the year. That begets a higher sense of familiarity and name recognition. Yet in a blind test, most would wager there is no discernable difference from a JBJ and a JBL or a JBP and so on.

Exactly! It shouldn’t be.

There’s no denying, MJ is a legend in her own right. With the biggest rock stars and with the average weekend warriors. But even MJ says there is nothing special about those pickups in a comparison to what any other winder sitting next to her made at that same time.

Did you know that she can still make a JBJ for you today? Yep. She still has those stamps. You are seeing them on those recent DDJ models that she is making for Tool’s Adam Jones. The same can apply for any other model she can make. You can get a new, never-played JBJ right now. Or…

…you can go to that Black Market and pay some of the insane pricing that some sellers are asking.

And that is why sellers are asking so much. People are paying those prices. Think about that for a moment.

As of late, those amounts are out-of-hand. In some cases 2x as much for what MJ can make for you. Granted if she makes it, it will be Custom Shop pricing. But still, for a fraction of what sellers are asking right now.

Nope, not going to name names. Why? I consider some of them to not be worth that goo I scraped off my shoe the other day. LOL! But I will refer to some “sales tactics”.

One seller I see will acquire something off the Black Market, to literally make it up $100 the day they get it and put back on the Market. It didn’t appreciate in value from that changing of hands. But what it does do when it sells, is it becomes a new higher reference point for the next seller.

Another seller that I see will also grab items off the Market. This nitwit goes around online, building up a narrative. Selling a story on how special his item is. In some cases, generating a falsehood of passing along a falsehood. Things such as a specific year the item is made. Fact: prior to the early 2000s, there are only timeframes but no specific year. Another thing is when selling late-70s Duncans, this seller claims that comes from the hands of Seymour himself. As I have shared before on this site, I am in possession of indicators that come from the highest authority on signs to look for from ones that Seymour made. Added to that, I might pass along a screen shot of the item the only expert that would know. Let me tell you, not a one of them this seller puts out has a confirmation of coming from Seymour’s hands.

Is it just pickups?

A couple of years ago, there is this one guy with more money to waste than good sense. In a fit of mid-life crisis (or whatever need for overcompensation he suffers from), this guy wants to buy every model of this one guitar brand. A brand that went under 30 years ago. Fine, whatever.

The situation is that some other clown wants to play some reindeer games. He stalks all the sales he can find for this guitar. When he sees Mr Mid-life Crisis move in for the kill, clown-boy puts in a bid or tries a backdoor deal with the seller. The thing is, Mr Mid-life wants them enough to pay more and more. Then clown-boy keeps doing it just to make him pay more.

What was once going for about $1k and up to maybe $1300 has asking prices of 4x more. In some cases, higher than that. As a result, the higher pricing of the model ripples out to that entire brand. Why? Some random dude can’t stand that someone else is wasting their money. Just as much as someone with money to spend contributes to a perception. It’s not that the entire world wants that model. Until they see asking prices skyrocket, making them think they are missing out.

Since then, a company is offering reissues of that very guitar and people can get them for pocket change in comparison. But a re-issue is not the same! Whatever. HaHa! Both are production floor imports and not hand-crafted custom shop items.

What can be done?

Hold on to that dough. These grifters will only asking what they can get. If buyer won’t pay it, the pricing will come down. At least, if they want to sell it. Otherwise, they can choke on it, as far as I’m concerned. LOL!

“But,” you say, “I have this special project and….” And what? It’s going to sound better if you pay literally 5x as much (literally!) than what it was selling for a few months ago? No, it’s not. What do you get out of that? Bragging rights that you overpaid for something that would cost you less if you just be patient? HaHa! I might believe it if you’re album sales are in the millions. And if that were the case, I doubt you’d be reading this webpage! LOL!

Here’s an example. Just this year, I picked up (Ha! A pun!) 3 different pre-owned humbuckers made by MJ. Average cost for each was in the $60 range. Not some package deal, either. These are from different sellers.

There’s just no reason to perpetuate these hucksters and con artists by feeding the beast.

Is it a seller’s market?

It’s always the buyer’s market. As in, if the buyer doesn’t buy, there is no seller. Conversely, if the sellers wants to sell bad enough, he will take what he can get from the buyer. It may seem symbiotic, but remember the Golden Rule. The one with the gold (the buyer!) makes the rules.

Good luck on your hunt. And like all hunting, patience is the key. 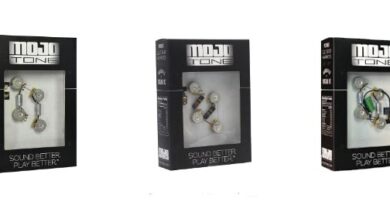 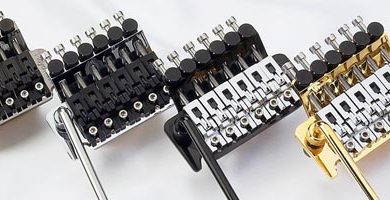 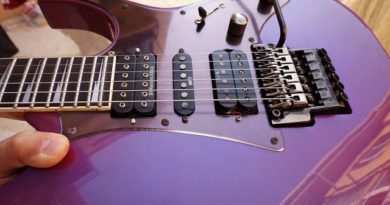