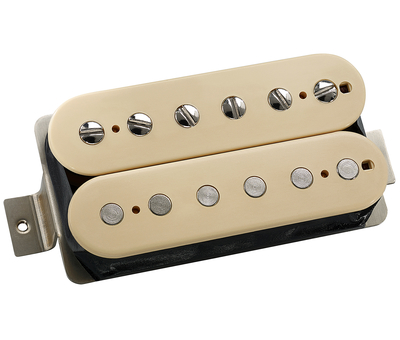 The DiMarzio PAF 59 humbucker pickups popped up on people’s radar back during Winter NAMM.  Same time as the very cool new Satriani bridge humbucker was mentioned.  Of course, people always like themselves a new vintage style offering.  It wasn’t long before word got out about some of the specs.

During the 6+ months that guitarists waited for the PAF 59 set, the talk set things ablaze.  Purist have issue with the scatter winding.  People left disappointed with 2014’s PAF Master set (myself included) are skeptical of ‘another’ PAF set.  There are also mixed takes on how there are no options on this set.  Long legs only.  Single conductor only.  And the kicker…

Double cream only.  Honestly, I find amusement in players that get so bent out of shape over the double cream issue.  I find it more amusing that Mr. DiMarzio might be giving the raspberry to all the ones that get so uppity about the color of the bobbins.

And why shouldn’t he?  There’s a huge cottage industry of pickup winders cashing in on the specialty of all the perceived nuances of what may or may not sound like a set of pickups from almost 60 years ago.  We are literally generations deep in players that only read about the sound of a real PAF.  And yet will still spend more than a car payment on a replica made in someone’s garage.

About the scatter wind.  Machines used back then were not the very accurate CNC winders being used by some companies these days.  Most were made for purposes other than guitar pickups.  It was not uncommon for wire to twerk around a bit.  Most likely not the scatter wind that people think of these days.  But still not as nice, neat, and uniform and what’s on your favorite mass-produced pickup bought off the shelf.

I dig that when I open up the box, the vicinity fills with the smell of butyrate.  I can see the welcome sight of a roughcast magnet, which was not advertised and a welcome surprise.  ‘DiMarzio’ on the vintage-inspired PAF style sticker is a fun touch.  And in full disclosure, to be fair to the guys that have issue with the double cream debate, I have issue with this set being available with long legs only and single conductor wire only.  Lead wire is one thing, but we’re well into a time when long mounting legs can be prohibitive to guitar selection.

What is DiMarzio bringing to the table with the PAF 59 set?

Something you can’t get anywhere else.  A full sounding PAF style humbucker with an articulate treble attack, full bottom end, and smooth midrange… in double cream.

The PAF 59 bridge is a totally servicable vintage style humbucker.  The thicker richness of the PAF 59 neck is a little better fit for lead work.  Going to the middle selection seems like it’s happening less and less, but this set does well in that position.  Especially for clean tones.

It was when I played this set in a mix did I notice the accents in frequencies I’d not really heard from other vintage or PAF-style humbuckers.  The PAF 59 set makes itself a little more dominant in that respect.  I went back to at least 3 other similar style humbuckers across a few brands to ensure my ears were not playing a trick on me.  It really is a unique voicing in that respect.

Since DiMarzio suggests these can be placed in either position, in the spirit of the real Gibson humbuckers from 1959, I gave it a shot.  Putting the neck in the bridge did fill things out quite a bit.  I did find putting the bridge in the neck to fare about the same as putting a “bridge voiced” pickup in the neck.  While such a swap works well for the PAF 36th Anniversary (DP103) or the PAF Pro, I’d imagine a pretty particular need for doing that with this set.

We’ve been conditioned for almost 40 years now that a 59 style PAF-ish humbucker is a beefier affair.  I think players looking for that will get what they want with the PAF 59 set.  And they’ll get it in double cream.

For reference, this PAF 59 humbucker set evaluation was conducted with a Fractal Axe-Fx II XL+ featuring Celestion Impluse Responses.  Real cabs used are a Peavey 6505 cab loaded Celestion A-Type and Celestion V-Type in an X config and a Marshall 1960B cab loaded with Celestion G12-65s. 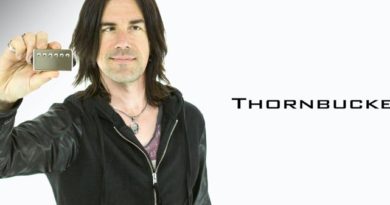 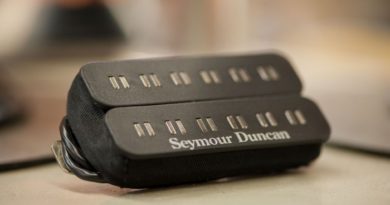 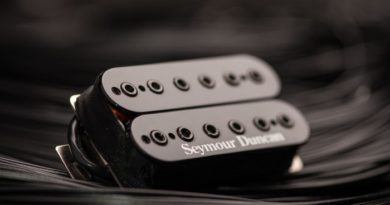