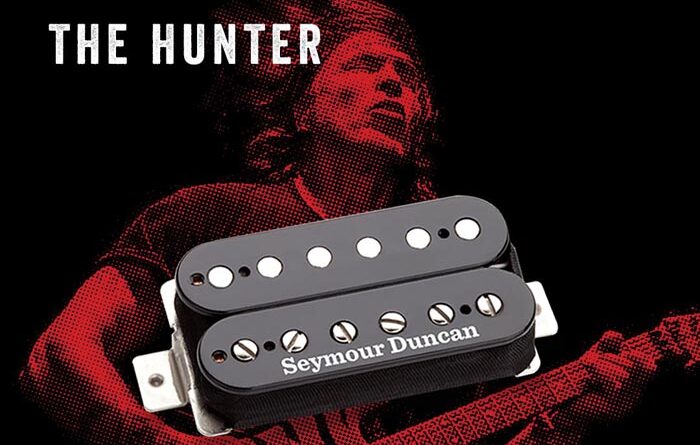 The Hunter has an official release in early 2018. Prior to that, it’s another one of those custom shop “hidden menu” items. It would go by the Dokken Humbucker, or Dokkenbucker. Mine is pre-Hunter Dokkenbucker, and is something that I pretty much found by accident in the early 2010s.

La Maestra and Queen Of Tone, Maricela Juarez (aka “MJ”) came through town for a guitar show.  Lemme tell ya, there’s nothing that will get your attention more than a big table full of MJ’s Custom Shop pickups. They are in stacks 3 and 4 deep.  While lustfully pawing through each and every pickup, I found an interesting one on the bottom called the Dokken humbucker.

I have to check it out.  Dokken is a huge influence on my playing when first staring to learn guitar.  Having met most of the band, bassist Jeff and drummer Wild Mick are good guys and great performers.  I read every article and interview that I found with the band’s guitarist.  One of the things that jumped out was a comment about when the guitar player would try a tone pickup it would lack the output and when he’d go for output it would lack the tone.

This is all interesting, as MJ says she has been making them for the guitarist since the 80s and is still making them. That was even more interesting, as I never really synced with the Screamin’ Demon as much as I was hoping I would have.  When the order arrives, the specs were something much more in line with an archetype 80s rock pickup (see below).

The Dokkenbucker Hunter is living in an ESP Sunburst Tiger. In the approximately 9 years I’ve had it, it’s also been in an ESP Kamikaze and an ESP Serpent. It has had time in standard tuning and in Eb tuning. Both 09-42 strings and 10-46 strings. Considering the switching restrictions of the Lynch model ESP guitars, it is always at full series wiring. All these guitars have Bourns 500k push/pull pots and Switchcraft 1/4″ jacks.

Talk about a great pickup for 80s rock! Very cool!  More grind than a JB and more tone than a Distortion. More on that in a second.  Right off the bat, the harmonics jump right out.  That’s something I always check for and it doesn’t disappoint.  Squeals and pinching and so on are all there.   Based on what MJ said about the mids, I made it a point to take a stab at chugging on a C barre chord.  With some pickups, I can expect that chugging on the 3rd fret C on the A string to have a little thump to it.  The Hunter is tighter in that range and that chugga thump is far less pronounced – in a good way.

I think it’s an excellent pickup for 80s hard-rock/metal shredding. Especially if you prefer the days of spandex and aquanet from your favorite bands.  But I don’t think it’s a 80s niche pickup by any means.

What is it? Really!

Did you catch the nod to the JB and the Distortion? It’s fairly common knowledge that the JB and the DD are the same wind. Just different magnets. What does that have to do with anything? The Hunter is a twist on a DD. In the same way that the EVH Frankenstein is a twist on the Custom Custom. One might say at least 95% the same thing. Which does not mean a 5% over/under difference in the wind.

How so? Pickup wire is available with different insulation. Just like there are in-between gauges of wire. But let’s stick with the insulation for now. A thicker build on insulation will yield more space between the wire at the core. That’s affects distributed capacitance. In the same way a so-called “scatter wind” affects capacitance. In as much as it can give it the more “open” and “clear” and “transparent” characteristics. As such, this pickup can have the push of a Distortion with the sprinkling of how a JB is more organic.

In ads for pickup options for his custom guitar sales, the artist would advertise it at “Seymour Duncan Custom Shop Dokken-era Distortion” in the years prior to the public release as The Hunter. In short, you can save a wad of dough and just get the more affordable production Duncan Distortion. Or have the custom shop make you the same DDJ they are making for the Adam Jones model guitars. Six of one. Half-dozen of another.

Here is an idea of what you can look forward to hearing:

Where Do I Find It?

Good question! At the time of this writing, no mention of it is to be found on the Duncan site. Something similar happened about 2012-2013. Pull up a seat.

The artist behind this product (and other signature models) was getting a little side hustle with Duncan’s competition. The artist was booted from the roster. Their name was even removed from the Screamin’ Demon title and product description. You can go look, it’s still just simply called “Screamin’ Demon”. Additionally, the Super V was removed from the webpage. Fences were mended in 2017 and the Dokkenbucker was released as The Hunter in early 2018.

That brings us to now. Why isn’t The Hunter being shown on the official Duncan company websites? Apparently these things happen. Why? Honestly, does it matter? If you’re looking for Dokken-era tone, get the Distortion. The 1980s ESP Kamikaze model came with… you guessed it, a Distortion. LOL! The (very) slight variance isn’t going to be the thing putting your guitar being on display in a Hard Rock Cafe. Same goes for the difference between the Frankenstein and the Custom Custom, for example.

The Hunter is going to be good for garage, grunge, punk, hardcore, hard rock, progressive metal, thrash, shred, 80s metal, heavy rock, and what ever other names the kids are giving to metal these days! LOL! Apparently the custom shop mantra of “if you dream it, we can build it” doesn’t always apply (especially as I’ve been seeing the past few years). If you want The Hunter right now, look in the pre-owned market. Maybe they will be available again at some point down the road. Or not. Who knows? HaHa! 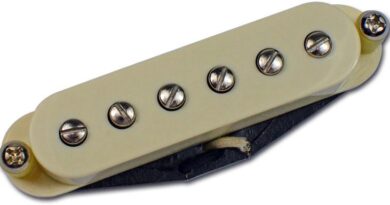 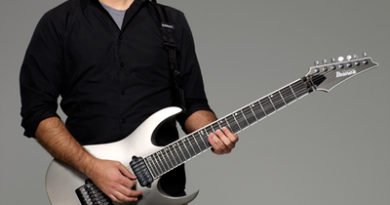 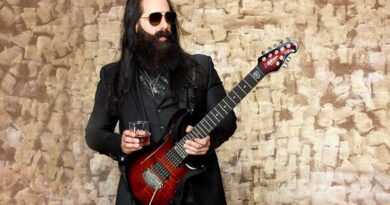