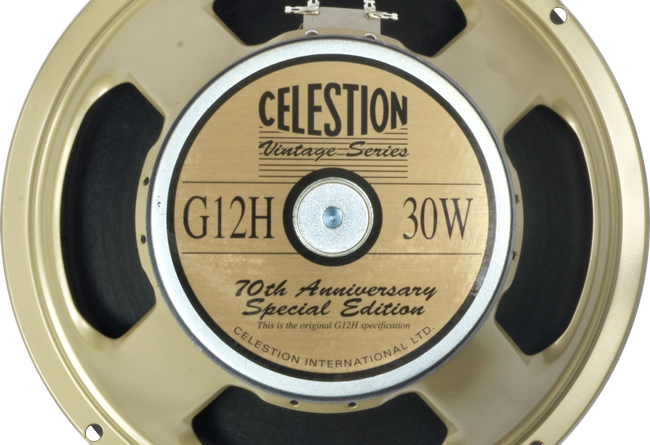 The G12H Anniversary is going to be what you want when going for a quintessential 70s rock tone.

For this review, the G12H is in a X-pattern in a Peavey 6505 4×12 slant cab.  The 6505 comes with 12″ Sheffield 16 ohm speakers which have the common consideration of being an approximation of a Celestion G12M Greenback.  The sort of speaker/cab put into action by acts ranging from Montgomery Gentry to Ted Nugent.

When it comes to the G12H, it’s the selection of players from Jimi (psychedelic) to Iommi (bone crushing) to Erik Turner (pop metal).

Right away, I like how the G12H Anniversary fills out the space.  In an unaccompanied setting, the character of the lows mids is the first thing I notice.  Based on that, I find myself expecting a softer attack and more polite high end.  Yet that is not the case.  There is a precise flavor and a high end that has nice amount of bite to it.  I ran a series of guitars through the G12Hs with pickups voiced from classic and vintage to aggressive and modern.

As much as I’m liking what I’m hearing, something unexpected happened when I put the G12H Anniversary into a mix.  I’m discovering that it blends right in to a range of different styles of music and playing.  It strikes me as a consideration for a “team player” setting, providing the guitarist the versatility to ease back without reducing volume.

Take a listen to a video from Celestion of the G12H Anniversary facing-off with the Celestion Vintage 30:

For reference, Celestion G12H Anniversary speaker evaluation was conducted with a Fractal Axe-Fx II XL+ and Fractal MFC-101 MIDI Foot Controller.  In addition, real cabs in use are Marshall 1960B, Mojotone British, and Peavey 6505. 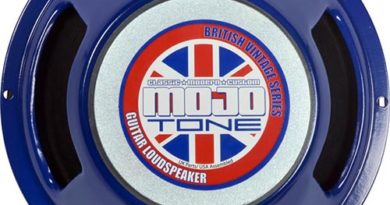 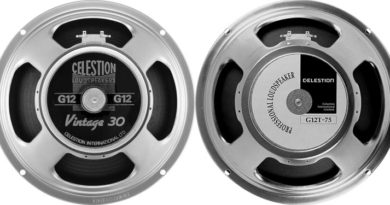 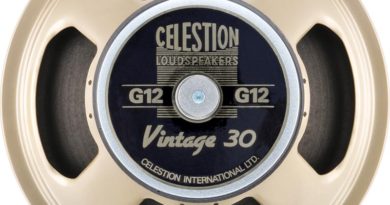