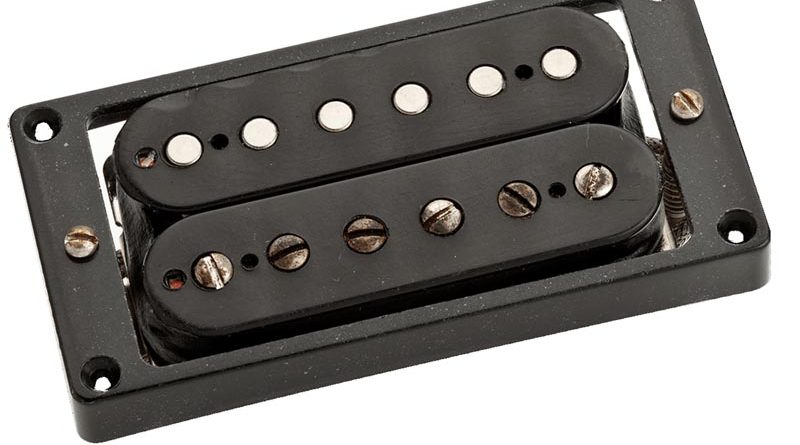 The Antiquity JB is the next in my series on the different versions of the JB that we’ve seen over the decades.  The Antiquity line is something Seymour started around 1994.  By that time, Seymour has been in business almost 20 years.  The classic pickups of the 1950s were about that old when Seymour officially started the company.  By the time the Antiquity JB was released in 2012, the JB model had been around for 36 years… so it’s already a classic.  Like the DiMarzio Super D, for example.

The prior year saw the limited 1-year-only release of the 35th Anniversary JB, which I have no plans to cover in this series.  The difference between the 35th Anniversary and the Antiquity JB is pretty much the magnet, with a bit of the visual appeal.  The 35th Anniversary was meant to be as if you went back to 1976 and bought a new JB – that’s pretty much The JB Model.  The Antiquity JB is as if you bought a JB back in the day and you’ve had it all this time.  In other words, imagine a “JBJ” era JB available as a new product.  OK… did you also just do a double take?  HaHa!  I know.  It’s a bit overwrought with exposition.

By now, the RoHS version JB is getting complaints that result from the polished Alnico 5 magnet.  Remember that time your Granny changed up your favorite mac and cheese?  Yeah, it’s like that.  But Granny let your drunk uncle get up at the family reunion and double down on the mac and cheese being the same as it always has.

What is one to do?  Sometimes you gotta grab on to that speeding train and don’t let go.  That “train” is all of the pickup junkies that have caught on to things like magnets and butyrate and potting.  Because there is just no fooling these people.  LOL!

Many think that butyrate bobbins factor in a lot, mainly due to being a softer material than the poly bobbins that are commonly in use these days.  We will lay off the lab coat as to how butyrate can effect coil geometry and look at the potting.  Especially relevant is that butyrate can be potted, but cannot stand as much heat.  Less potting opens up the character, when listening to the same pickup that is fully potted.

The Antiquity JB and the 35th Anniversary JB both have rough cast Alnico 5 magnets.  However, the magnet is “aged” for the Antiquity JB.  Pretty much just a little less of a charge to give it the flavor of a pickup that’s active out in the wild all this time.  So, really, that is your big difference between the two.  If you have a 35th Anniversary JB and you want an Antiquity JB, install a degaussed magnet.  Therefore it’s vice versa to go the other way.  And that is why it’s being super redundant to cover the 35th in a series that’s already covering so many iterations of this model.  HaHa!

How does it sound?  That is why you are here, right?  Of course!

It does sound different than The JB Model or a “JBJ” era.  Overall, a little more lively in the mids.  The high end seems to split the difference between the JBJ and the current production model.  The lows have a bit of thump, but can be precise.  Plenty of output without being too much of a scorcher.  Consequently, if you find yourself at odds with the character of the current production model JB and you can’t find a JBJ, the Antiquity JB is a good option.

But you don’t want the “antiquity” look?  The rusty poles and the string wear on the bobbins?  Maybe call them up and ask for non-relic bobbins and clean poles.  If you don’t mind voiding the warranty, you can swap the magnet.  Find an option that works for you and go to town.

Probably waiting on specs, aren’t you?  This is single-con lead wire, so it’s a little basic this week.

While announcing two weeks ago that this product would be next in the series, the nice digital marketing people at the company served up a primer on the Antiquity line via their social media.  Seems like it was the Christmas Time thing for me to do for them.  Now I’m back to surprising them to see how quickly they can put out something of their own on an item I cover.  Good times. 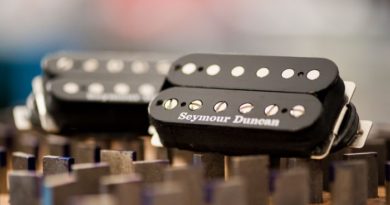 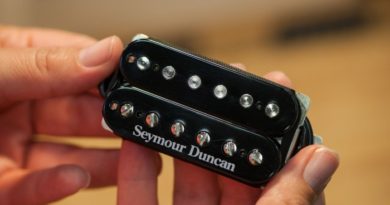 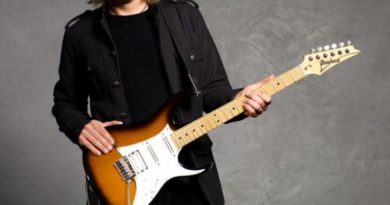