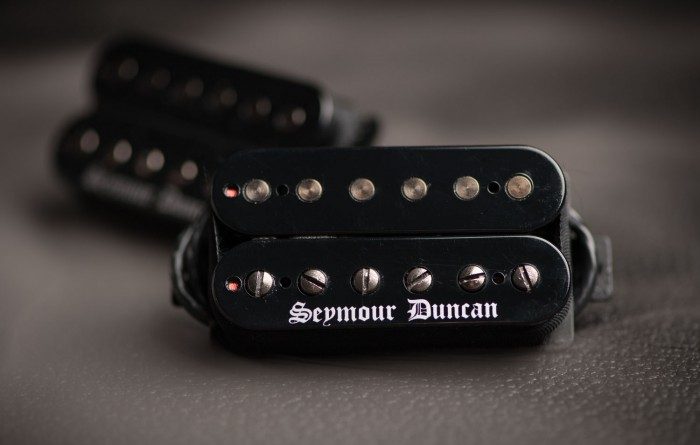 For now, let’s get past the scary packaging that may remind you of Halloween or that kid in school that went through the Marilyn Manson phase.  And don’t let the different font used for the Seymour brand make you think you’ll be playing the lute at ye olde renaissance faire. Unless you use your lute to pillage the countryside and make away with the fair maidens.  Not judging.

When considering something new for the workbench from Seymour’s catalog, it was a bit of a toss up between this Black Winter set and a few of the other newer models with the less-conventional names. That would include the Pegasus, the Nazgul and the Sentient.  The Black Winter set has been suggested to be the most different in terms of what could be the least like something already offered.

The Black Winter set is going straight in to the trusty double-hum test guitar with a German Floyd Rose tremolo system. The harness as a 500k Bourns push-pull pot, Switchcraft 12120X 3-way toggle, and a Switchcraft 1/4″ output jack. It is in E standard tuning. Both are connected to switching for series-parallel.

During the install process, I take advantage of the opportunity to hit the frets with the Lizard Spit Fret Polishing System and to apply Lizard Spit Slick Nutz to relevant friction points..Let’s plug it in and crank it up.

Wow!  I can see/hear why the Black Winter is also offered in 7 and 8-string variants. And also how it appears to appeal to players that like to use lower tuning or extended scale lengths.  Out of the gate, this set of pickups is quite precise and articulate.

In the bridge, the Black Winter is a little sharp.  There will be no problem with your Vai and Dime squeals as you sail the seas with this Cap’n Crunch on a dirty amp setting.  Easing off the guitar volume knob a bit can reveal some downright good tones for the likes of some AC/DC.  While a little strong on clean settings while in both series and parallel, put that volume knob to use here as well.

Punchy and controlled lows with edgy and focused mids and highs. These should prove a solid fit for dropping to D or even C#. As well as playing styles the demand a very accurate low-end tracking of extreme riffing. Playing with 10s in standard tuning, I was at no loss for an amped up level of definition and plenty of sustain.

The neck pickup is something a bit different.  Seymour’s neck models are more known for that more traditional fuller neck voice that can often times be big in the lows and sweet in the highs.  Yet the Black Winter neck retains the same precision focus of the bridge across chords and solo work.  Things held together well when going down low.  Playing leads produced blistering harmonics so clearly and loudly that I expect neighborhood dogs out front with #NeverPinch signs.  I’m not a huge fan in general of the middle position between 2 humbuckers. But I did find some really usable tones with both pickups in parallel mode. Even a bit of a brown tone, when tweaked properly

As promised, about this pickup set being close to something else. I picked up on this right away (ha! a pun!). After a little back and forth between the production floor Black Winter set and the Bare Knuckle Pickups Aftermath calibrated humbucker set – with the tighter-sounding bolt pole option.  Check any elitist fanboy tone-sniffing at the door. I hear them as being so close that it’d be silly to not save yourself about $80 and buy American!

Lay your peepers on this video of the Black Winter in action, starting at 13:25.  Then keep watching or just jump to 16:55 to hear it without the backing track. 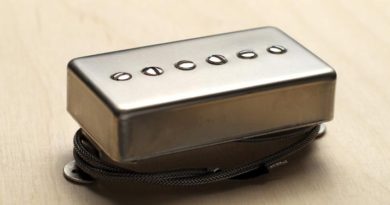 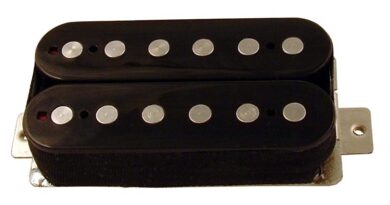 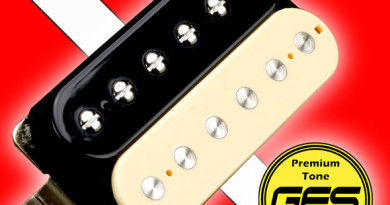